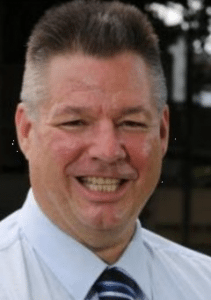 Recently I have had enquiries around the law relating to dividing fences between neighbouring properties. Unfortunately sometimes disputes arise between neighbours with disagreement over who pays for the building and upkeep of a fence, the type of fence to be built, the boundary line and so on. Your legal rights regarding a dividing fence are contained in The Neighbourhood Disputes (Dividing Fences and Trees) Act 2011.

Interestingly, a fence does not just mean a line of posts and wire or panels but can be anything that encloses land such as a ditch, embankment, hedge or creek. It includes cattle grids, gates and the like that forms part of the enclosure.

You do not need a dividing fence if :-

– you and your neighbour agree you do not need one;

– either property is outside the scope of the Act such as public land or a stock route;

– both properties are classed as agricultural land; and

– there is no owner of the land such as land under the Nature Conservation Act 1992.

Agricultural land is defined in the Act as ‘rural land of more than a half hectare used for cultivating crops on a commercial basis regardless of whether the land is also used for residential purposes’.

Where disputes can’t be resolved by the owners themselves or through mediation then proceedings may be brought in the Queensland Civil and Administrative Tribunal (QCAT). As I have said before in my articles, issuing legal proceedings should be a last resort given it is much preferable to try and remain on good terms with your neighbour.

More information can be found at www.qld.gov.au>law>your-responsibility-as-a-fence-owner.

As always you are encouraged to seek your own legal advice to understand your rights and obligations as a dividing fence owner.